IT as the Controlling Influence in a hospital department

An investigation into methods to improve the design and implementation of clinical information systems (CIS) was conducted by using a process of Clinical Team Led Design (CTLD). The process of clinicians studying their own workflow processes demonstrated the extent to which clinical work is controlled by the IT implemented in a department. The ability to break out of the straightjacket created by the IT can only be attained when the design of the IT itself can be manipulated by the staff and altered as required by their needs.

It is demonstrated that Best-of-Breed clinical information systems developed under the principle of CTLD creates more efficiencies in the workplace than enterprise EMR systems (EEMR).

An important aspect of clinical care is the need to change workflows and operating procedures as the environment around the work changes either due to new professional practices or shifting regulatory and administrative requirements. Hence, an ability to perform Continuous Process Improvement (CPI) is fundamental to the good practices of a clinical team. Rigid EEMR systems that are slow and highly expensive to change are a significant sea anchor in the pursuit of CPI and frustrate staff to the limit of their patience.

A technology has been created that supports a methodology for creating user designs with an incremental iterative feedback process. In this technology, an underlying software engineering architecture, we denote as Emergent Clinical Information Systems (ECIS), automatically compiles the run-time code directly from the user designs, hence no programming is required to move from design to implementation. The ECIS architecture is defined on the principle of Ockham’s Razor of Design, that is, the elements of design that are engineered for the designer are a minimum number of design objects with maximal generalisation. The CIS design is created by a principle of Agile Design where designs are created and tested incrementally within an iterative process.

With this functionality, the capacity to make near real-time adaptation of an implementation is made available, giving enormous power to the design team to explore alternative designs before commissioning a specific implementation. At the same time, the underlying data management for all CISs built in the ECIS paradigm is the same, and hence it has the unification of the code base and data stores in a single application. In essence, it is a Best-of-Breed solution on the user side and an enterprise system on the server side.

The ECIS model with real-time changeability, native interoperability to move data to where it has to be used, and in-built analytics to monitor the effect of change represents a much superior approach to providing effective methods for CPI in any clinical setting. As a technology, it is ideally suited to the creation of a CIS for any clinical specialty.

A local clinical team at Nepean Hospital, Sydney, Australia, designed a CIS for their hospital emergency department, denoted the Nepean Emergency Department Information Management System (NEDIMS) using the ECIS approach and compared it to the EEMR incumbent system in the department.

A process analysis for each of the 6 activity centres in the ED described staff roles of: Clerking, Triage, CIN (Clinical Initiatives Nurse), Fast Track, Acute Care, and Nurse Unit Manager (NUM). The process analysis formed the basis of understanding the design needs of the department. It was also used subsequently to identify the task types that needed to be used in the quantitative comparison between the two systems. A total of 43 task types were identified of which 27 were present in the EEMR system, 40 were present in NEDIMS and 14 were completed on paper.

The department staff were observed for 22 days where each task instance was measured for time duration and number of mouse clicks in live usage on the EEMR and paper forms. A total of 722 task instances were recorded from 43 task types. Subsequently, 374 matched observations of 17 task types were measured for those tasks that could be repeated in NEDIMS of which 332 were matched task instances between NEDIMS and the EEMR, the remainder being matched to paper forms.

The final analysis showed that NEDIMS was 40% more efficient and had 30% less cognitive load than the incumbent EEMR system. Modelling of staff work for an average patient load of 165 patients per 24 hours indicated the staff would save an average time of 23.9 hours per day using NEDIMS. 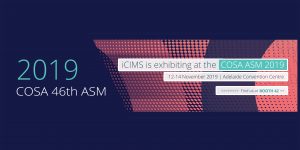 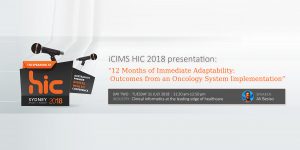